The young and vivacious Julia Gardiner Tyler took Washington by storm with her wedding to widower President John Tyler on June 26, 1844. Although she was First Lady for only eight months, she quickly made her mark. James Sanderson’s song “Hail to the Chief” had previously been played in various settings to honor American Presidents, but Julia Tyler was the first presidential spouse to request that it be played specifically to announce the President’s arrival on official occasions. It’s a tradition that continues to this day.

Julia Tyler worked hard to support her husband’s political agenda, especially for the annexation of Texas. Julia used her considerable charm to persuade Members of Congress, a Supreme Court justice and cabinet members to support the cause. After Congress voted in favor of annexation and the President signed the resolution, he handed the gold pen he used to Julia in honor of her efforts. She proudly attached the pen to her necklace and wore it on formal occasions afterwards. 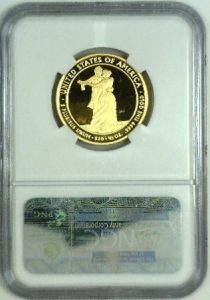