The Presidential $1 Coin Act of 2005 contains a provision to provide continuity of the First Spouse Gold Coin Program during those times in which a President served without a First Spouse. This provision applies to Thomas Jefferson, whose wife Martha died in 1782. Married in 1772, Thomas Jefferson was a widower for 19 years when he became President in 1801.

The gold coins issued to accompany any President who served without a spouse will each feature a design emblematic of Liberty on its obverse, as depicted on a United States coin originally issued during the President’s time in office. For Thomas Jefferson’s presidency, the selected image appeared on the Draped Bust Half-Cent coin from 1800–1808, and was originally executed by United States Mint Chief Engraver Robert Scot. 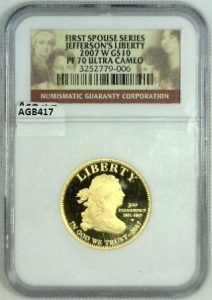 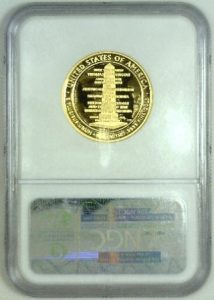